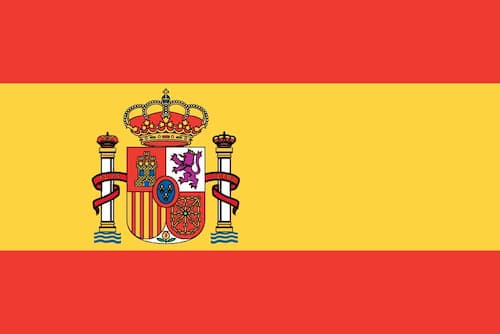 You bet! First of all, depression is a memory and yes, it can be erased.

Did you know that we can become addicted to our depression?

Yes, because we are so used to this state of being and we do it so well that it just feels “natural” to us. To top that, we might have some pay off: maybe getting people’s attention and /or having people taking care of us when we feel this way?

Did you know that depression is actually hard work?

Our natural state is to be happy, so you actually have to put your body in a certain position, your face’s muscles in a specific way, etc. So, just changing your posture or even just by smiling, you cannot actually be depressed!

Did you know that many times depression is lack of water? Just by drinking more water, you will feel much better. You cells will regenerate, expand. Definitely Blue Solar Water* works wonders on erasing these memories.

Well, I would like to tell you that once a student of ours called me very depressed. She was doing so bad, that her doctor wanted to hospitalize her. She was told she couldn’t come to the training Ihaleakala and myself were presenting in San Diego because she couldn’t drive the way she was feeling. I asked Ihaleakala and he told me to tell her about the glass of water* tool. That tool had come to Ihaleakala by Inspiration during a consultation that week he did with a woman that was going through a divorce and was very depressed. Let me tell you… she drove the following day to San Diego and showed up to the training with a very big smile on her face and said: “it took me 3 glasses and I felt like new.” Listen, she was going to be put in a mental hospital!

If this is not enough to convince you, read the story that another student of Ho’oponopono shared with us:

My name is Teresa and in May of 2005, I suddenly fell ill to what I can only describe as a nervous breakdown.  I don’t even know if that would accurately describe it.  All I know is that my husband and a nutritionist named Jean thought I was ready to leave the planet.  For five days my heart would race at way over 100 beats per minute.  I could not sleep but could only pace the floor.  When I tried to sleep, I was so scared because I literally felt my heart stop.  I was in a constant state of panic.  My little boy was 2 years old at the time.  This was when I lived in Hawaii and my current doctor was a Naturopathic Physician.  I didn’t have great luck with western medicine, but when my N.D. couldn’t help me, I had no choice but to go to the ER, where I was admitted to the Psychiatric Ward.

The doctors kept overloading my system with antidepressants and anti-anxiety medication, because they could not figure out what was wrong with me.  I had never been a depressed person, nor had I ever taken antidepressants in the past.  They insisted I was depressed and gave me dosages that I would perhaps give an elephant.  From 2005-2008 I was hospitalized in a Psychiatric Unit four times.  The antidepressants were not working and I kept getting worse.  I wanted to leave the planet many times as I suffered excruciating emotional pain and anguish.  My doctor’s solution: give her more drugs.
I remember living in Boston, reading Kitty Dukakis’s book about how no medication had helped her depression and how she went to Massachusetts General Hospital and had shock therapy.  Living in Massachusetts, I thought it was my only way of surviving.

In early 2007, I remember watching Rhonda Byrne introducing “The Secret” to the world on Oprah.
I felt this rush of excitement.  I hadn’t felt excitement in a very long time.  After the show, I drove to a bookstore and started learning how to visualize and making my wildest dreams come true.

I could never manifest good health however, and continued to suffer.  My caveat is I did manifest my family moving to San Diego and it was thrilling having that happen.  I knew there was something way beyond anything I had ever known or been taught in the past, as our moving to SD was nothing short of a miracle.

I started studying various energetic healing modalities and in early 2008, I learned of Self I-Dentity through Ho’oponopono.  I studied and did the “cleaning” process religiously.  The depression went away and I threw all of my addictive antidepressants, anti-A.D.D. and anti-anxiety medication in the trash.  I haven’t taken any medication whatsoever since November 11th, 2008.  I feel like a million bucks and still do my “cleaning” even today, as I write this.

Self I-dentity through Ho’oponopono is a beautiful process and I can only describe it as perfect, sacred, miraculous.  Dr. Pappas, I am writing to you because the girl you wrote about is real and if I can help answer any questions from you or perhaps a curious patient, I am always happy to help.